Well this league has built in momentum all season and the final round saved the best to last. With Simon taking a small lead into the final round with a few people in with a shout of catching him 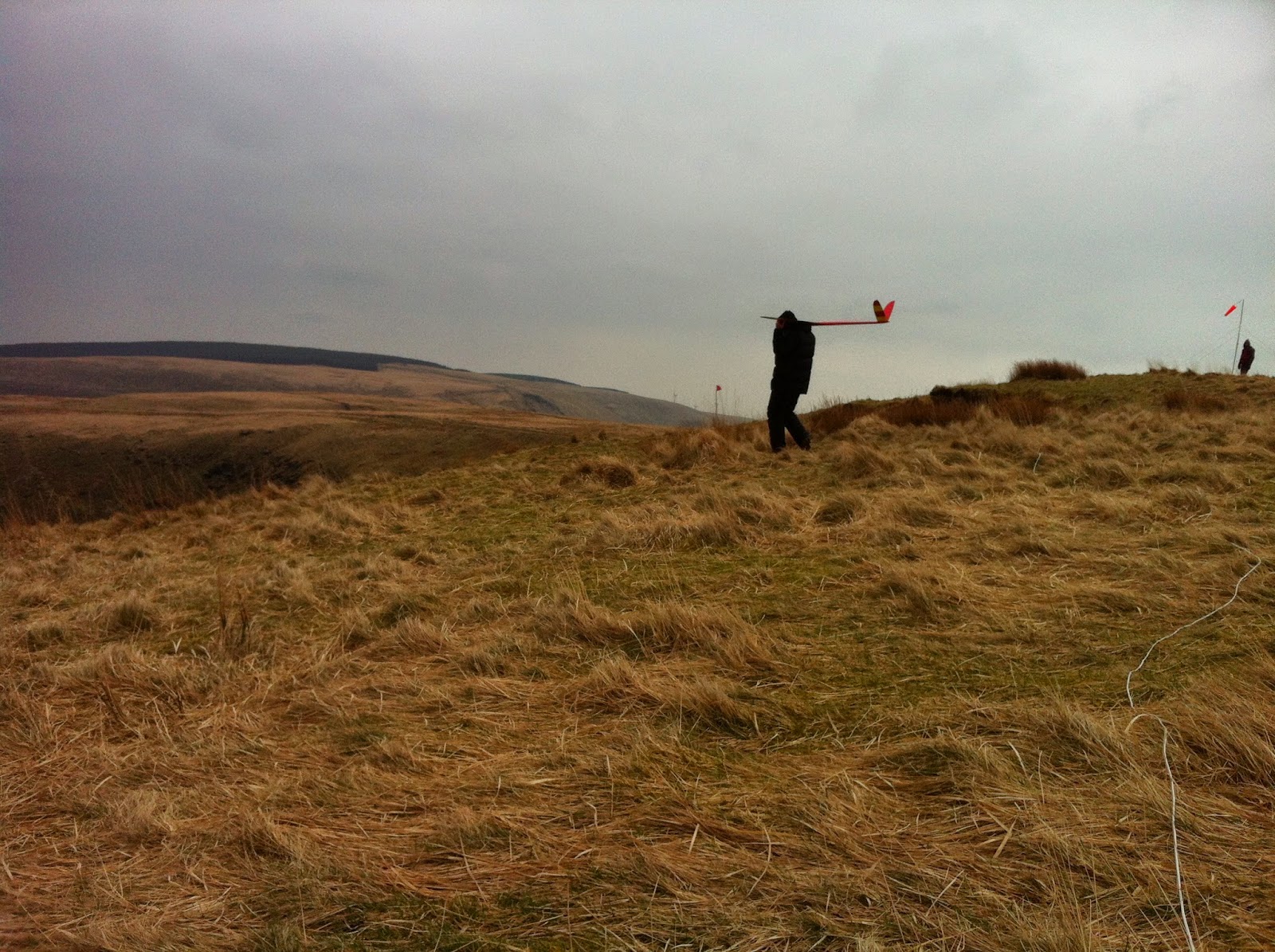 With wind on the Wrecker with just a hint of north in it to make a little more technical the scene was set for an epic competition. The course was quickly up and Ron Broughton got us under way into a competition that turned in to 17 round classic. 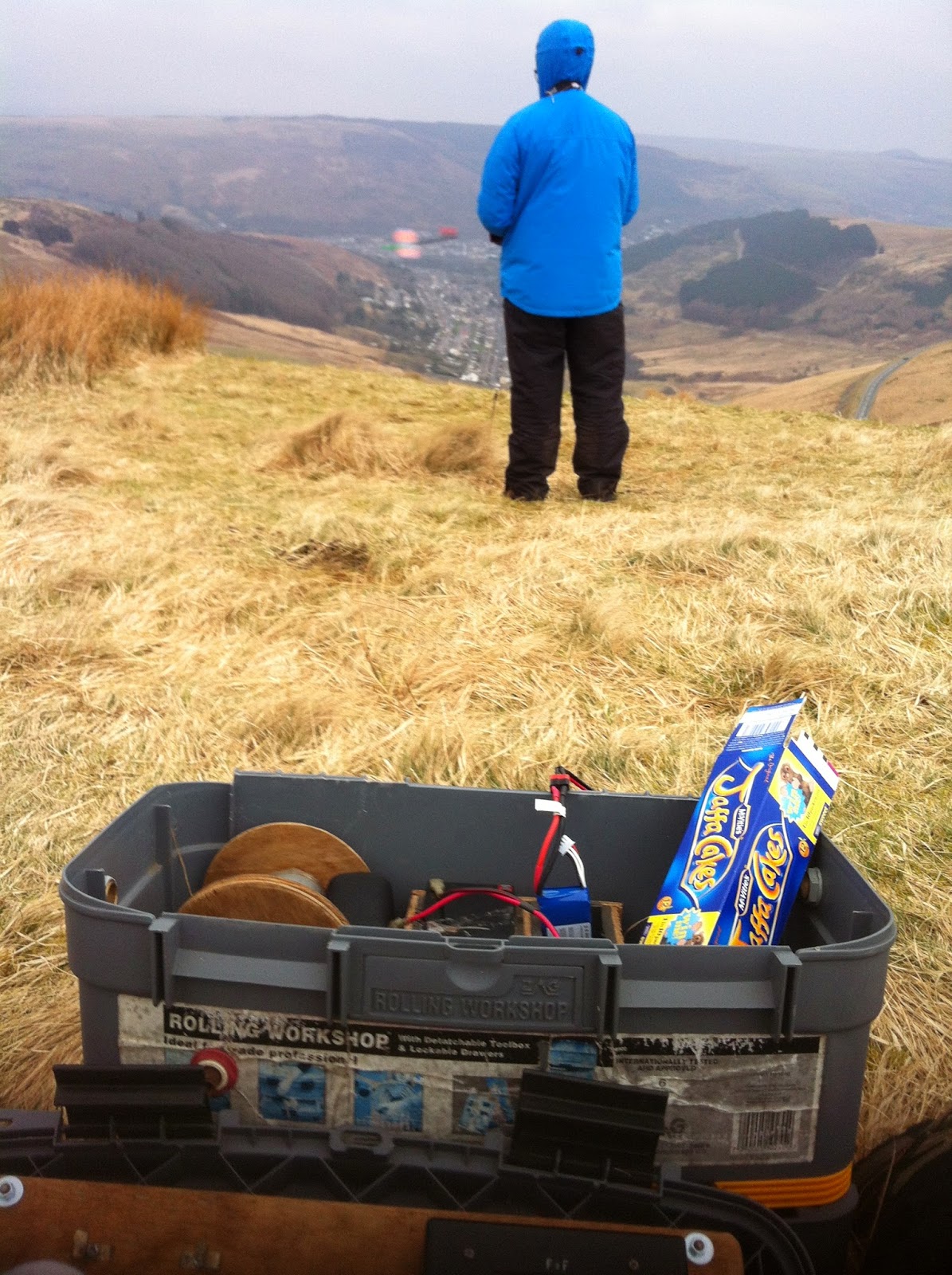 With 17 rounds I haven't got the time to do a blow by blow account but below are all the round winners with their times:

There were quite few highlights Joel's 31:60 which might be the fastest time for the league flown with his Freestyler with traditional reversals.  Simon's 31:63 using his Shinto flying an EM style, the Reversal V's EM styles argument rolls on! 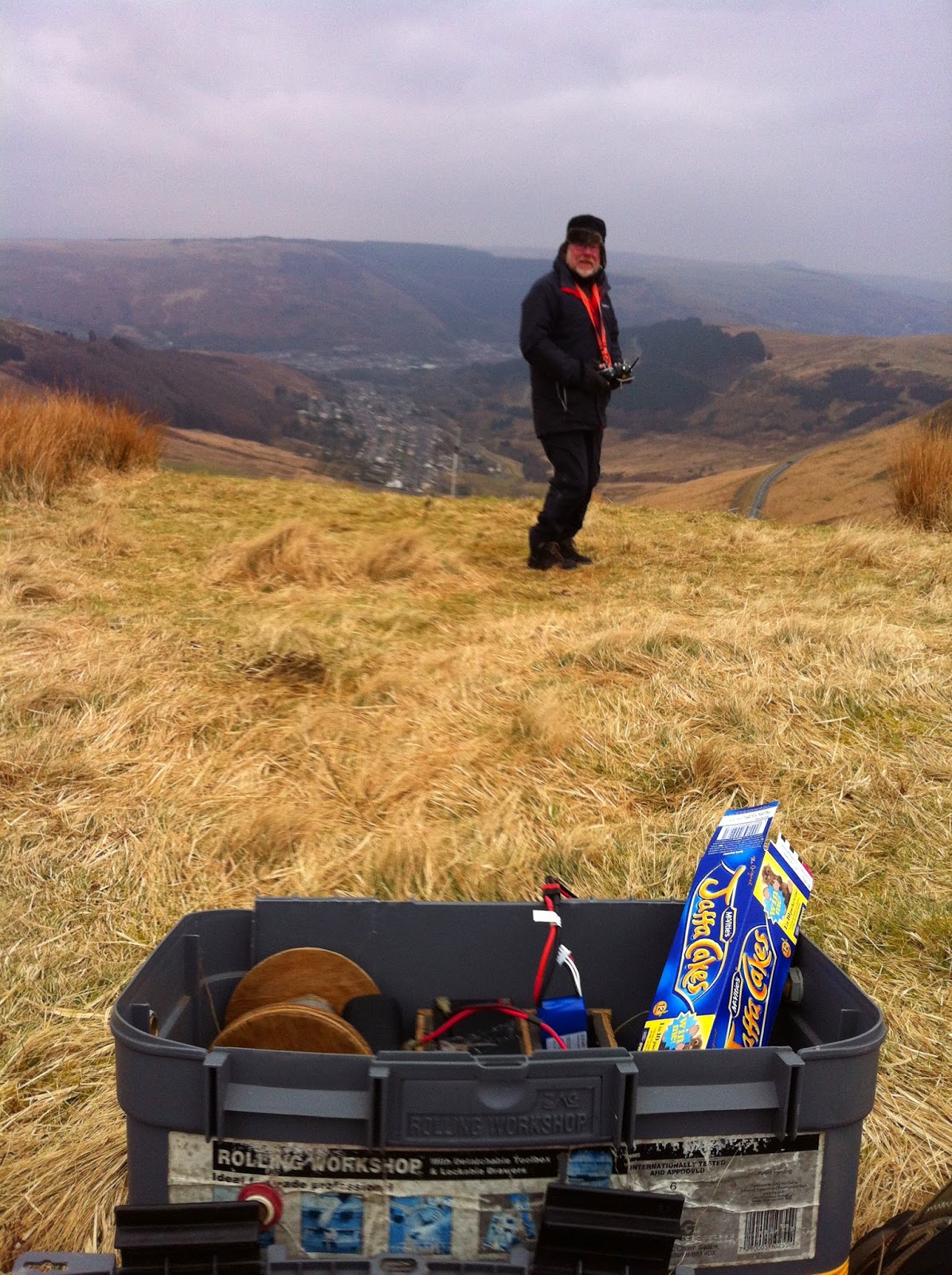 John Treble breaking his PB three times and lowering it to38:38. I was not sure if Graeme 35:59 was a PB but his face was picture after flying it! 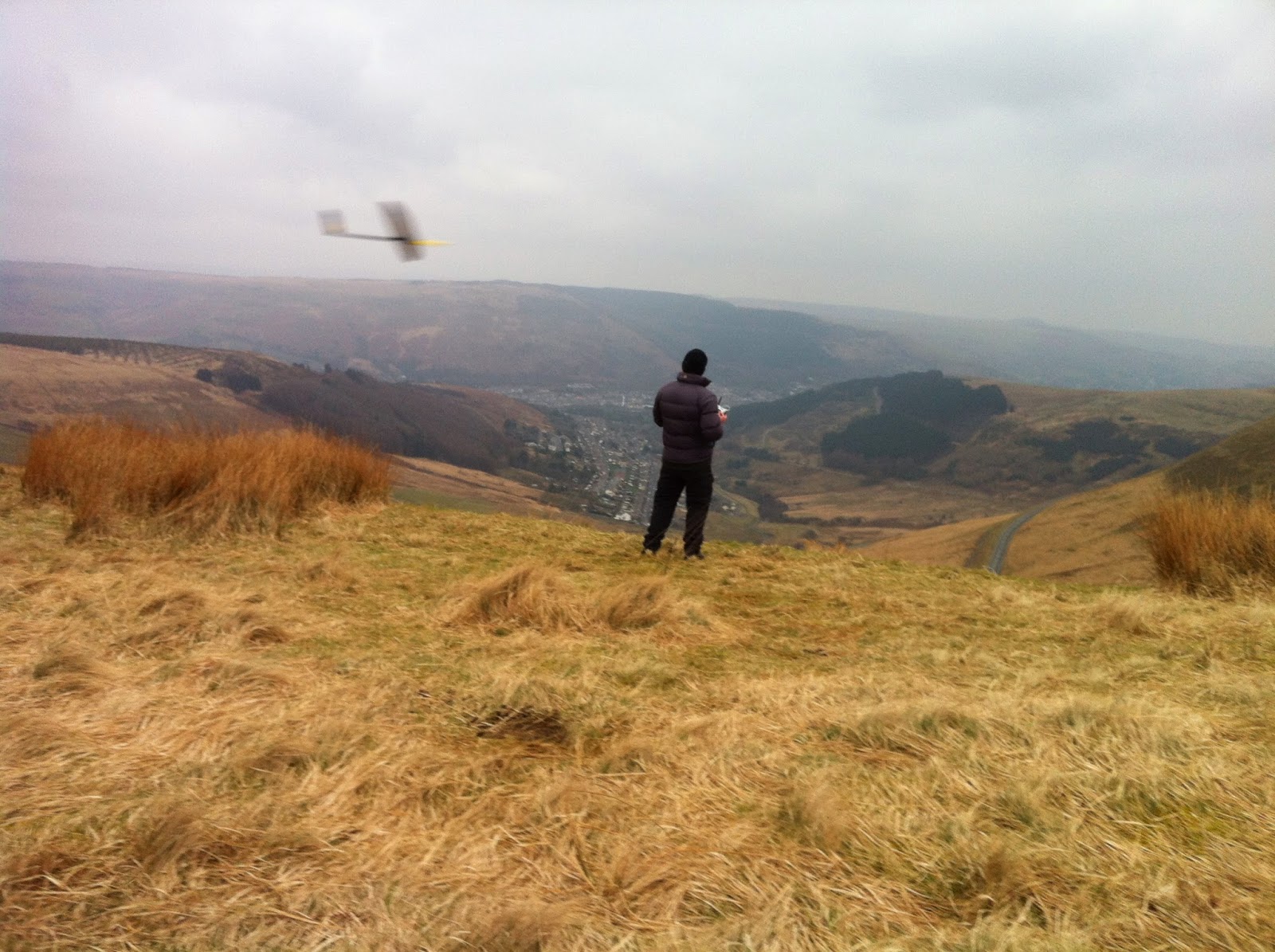 Thanks to everyone helping today. Graeme doing Buzzer supermo, Tony Livingstone going banker and Clayton help me out in the centre all day, plus Ron Broughton who after modifying his plane sat on base B and Buzzed all day.

Well the one person who could really threaten Simons grip on the Winter League title was Joel West and had to win the day and put enough point's between himself and Simon to snatch the trophy. 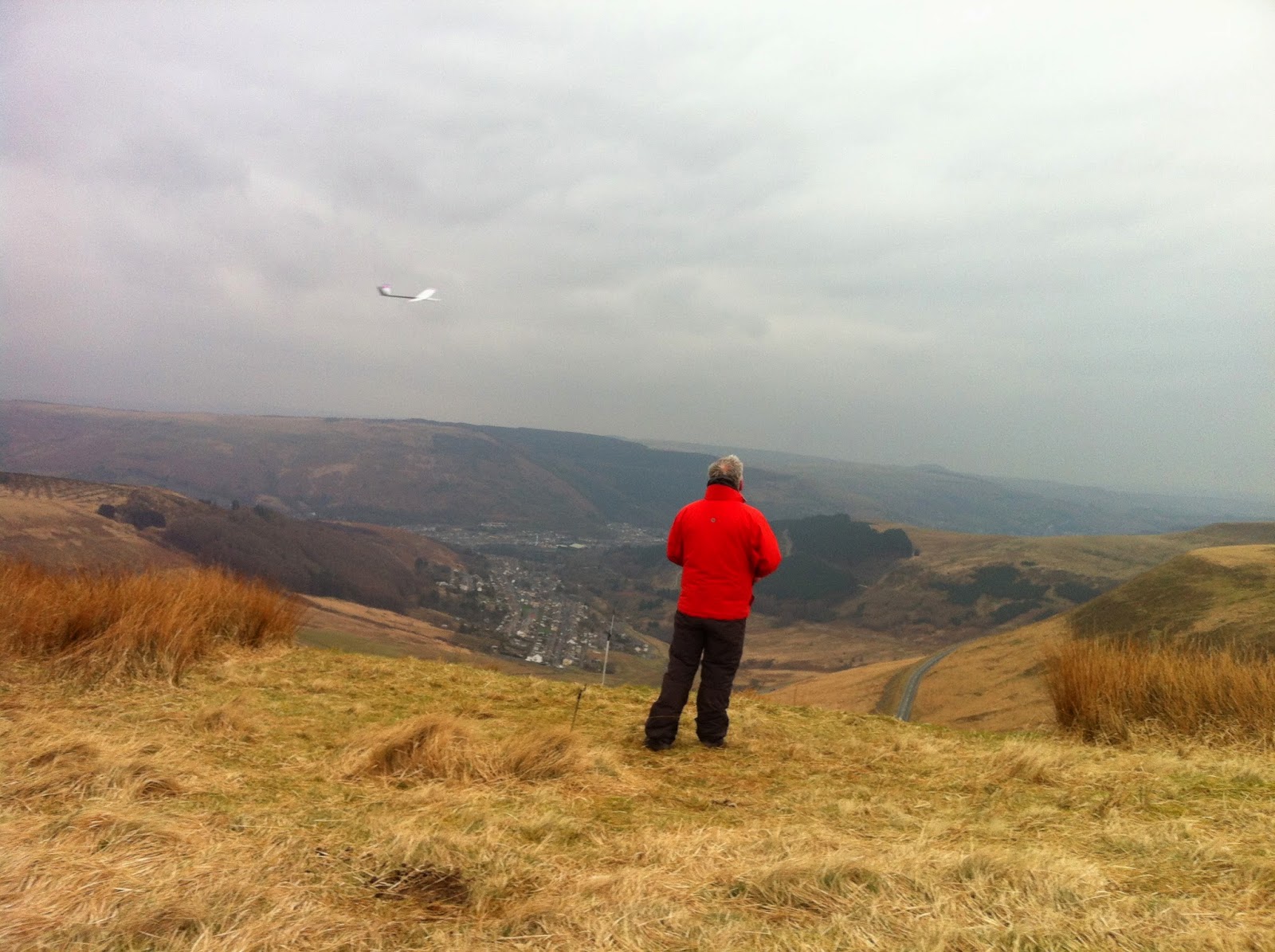 Would Joel's 272.85 points from this round be enough to win the Title?

The SWSA F3F Winter league Champion for 2014-15 is Simon Thornton, with Joel West in Second spot and Greg Dakin in Third.

How close was it between first and second, believe it or not 0.84 of a point.

It doesn't come much tighter than that! Thanks to everyone supporting the events and see you all soon

Posted by Andrzej Tabero at 01:26 No comments:

Clayton called the competition on last night and here is a list of names I have to date. But if you want to fly tomorrow please let me know.

I had an aberration when calling the current league positions earlier in the week  and it was point out afterwards that we have already had enough events for a discard. So here are the correct league positions following the discard.

See you all Sunday at the Wrecker Car Park

Posted by Andrzej Tabero at 10:40 No comments:

This Sunday 15 March will be the fifth and final round of the SWSA F3F winter league. I will make a call Friday if the competition is on and if so more details of meeting times.

If I can have entries by Saturday I would be grateful as it helps with or organising the flying order and get things running on the day. However, if you wake up Sunday morning and decide at the last minute you want to fly you will more than welcome, but you might find yourself early in the flying order!

If you are thinking about having a go in F3F the winter league is a great place to start, it's all pretty informal and don't worry if you haven't got the latest state of the art carbon fibre dream machine to have a go.  Sure it nice to have but it is more important that you have a go at standing in the centre of a course and trying to fly a kilometre as fast as you can with what ever plane you have got.  Better to find out flying a foamie that F3F is for you than spending thousands only to find out you have made an expensive mistake!

The current league positions are below but with the discard kicking if we fily on Sunday it could make it very interesting!
Andrzej

Posted by Andrzej Tabero at 23:43 No comments: