When I left home this morning there were a few high clouds in sky  and it looked like we were going to be on for a good day. The forecast has given excellent visibility with wind 20 to 25 mph. The only question was would it be the Ice Cream slope or the VR98? I was quietly hoping for there would be enough north in the wind for the VR.

As I drove up the valleys things were still looking good until I got to Porth, and as I came around the corner the area that would be the back of the Ice Cream slope and Mickey's was shrouded in low cloud  and it even looked like it was snowing.  My worst fears were confirmed as I started up the last stretch of road as the was a white coating all over the mountain. As I went up to the Wrecker to check wind direction it was clear I wasn't the only one caught out, as the back end of my car was going all over the place and clearly the road hadn't been gritted.

Now at the Wrecker car park I was greeted with the next problem  there was no wind to fix a direction on.  As the next fall of snow was approaching I decided to get back into the car and head back to the T junction where everyone else was huddling in cars.
Simon was being very optimistic and after consulting the trusty "Pad of i" said it would soon pass and the wind would picked  up.

At this point Joel turned up with Stefan, the reason they had been late was he had been out witted by a Pheasant  which resulted in him smashing one of his drive lights on his car. By now the skies were clearing and the wind was starting to pick up as predicted by the Pad of i, putting us on the Ice Cream Slope, so of we trekked.

By 11 o'clock we had the course up and I started proceeding, see as I had sat out of the last completion with a bad back. Martin Newnham took the first round with a 46:07 followed by Simon Thornton with a 48:20 just beating Dave Rumble who clocked a 48:77.


Round 2 would See Mike Evans take the round 45:02 just pippin Martin with as 45:56 and Simon third in the round with a 47:78.
Mick Walsh travelled down from North Wales probably bring the snow with him and made the journey worthwhile  by winning the round with a 43:77. Talking of travelling second place was taken newly crowned Swiss F3F Champion Stefan Bertschi who flew a 43.99. In third place with a 45:82 was Simon.

Round 4 saw a new round winner with Joel West (probably recovering from the shock of the Pheasant incident) taking the round with 44:37. Martin was second with a 46:62 and myself taking third with a 47:49.

Round 8 saw condition starting to get a bit light Joel was the only one to break the 50 second barrier with a 49:83. Stefan was starting to make a late charge was second with a 53:14 and Simon was third with a 55:08.

So it really was a mixed day and I have to go back quite a few competitions where we haven't broken the 40 second barrier in a winter league. That said it didn't detract from the results in what turned to be a very interesting day.

Before the results, thanks to everyone who carted the course up to the slope,  Martin and Simon for helping in the centre and Joel for help with Buzzing and Ian for being banker.

So as far as the results are concerned even though it was quite a mixed bag for everyone it wasn't such a surprise that it was Mr Consistent who took the day, Simon Thornton. Martin Newnham was runner up and it was great to see the journey man all the way from Switzerland Stefan Bertschi coming third.

So from the frustration of snow and no wind in the morning to a very enjoyable 12 round of F3F, I can't complain! 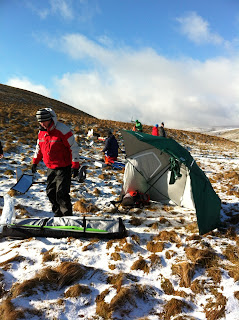 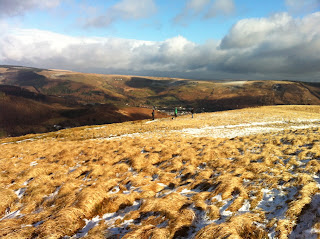 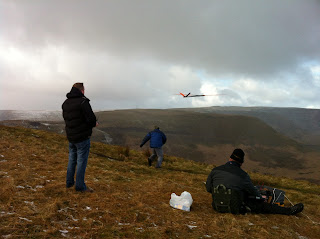 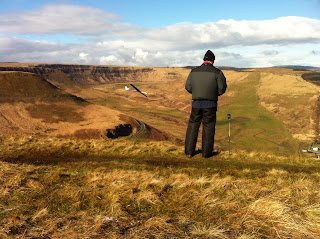 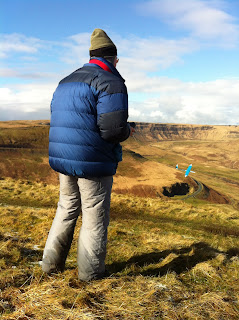 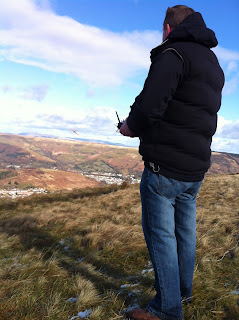 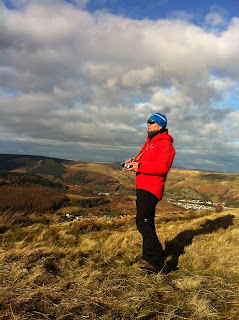 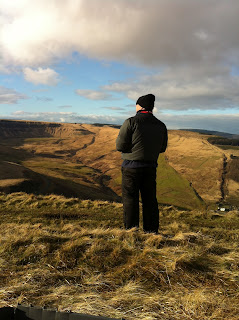 After 3 rounds with one discard